USE OF SCRIBES BY HOSPITALISTS IN THE ADMISSION PROCESS

Background: Physicians spend more time on documentation and less on direct patient care. Burnout and career disengagement have been linked to time spent documenting in the electronic health record. A scribe program could reduce the documentation burden on hospitalists, increase revenue capture and improve the efficiency of the admission process.

Purpose: We implemented a prospective 20-week scribe pilot pairing hospitalists on admitting shifts with a scribe. Baseline and post-intervention surveys measured physician satisfaction (n=17). We also measured number of patients seen per shift, number of patients waiting to be seen at end of shift and Relative Value Unit (RVU) capture. Emergency department throughput was measured by the time from which an emergency department provider made the decision to admit (ADT9) to the time when the admitting provider placed a bed request order (ADT1), as well as the ADT9 to emergency department departure time.

Conclusions: Pairing hospitalists with scribes during admitting shifts led to a reduction in time spent on documentation without any decrease in RVUs. It was also associated with a perception of a more manageable census despite the number of patient encounters being the same. Emergency department throughput was also faster, which has the potential to improve revenue and patient satisfaction. 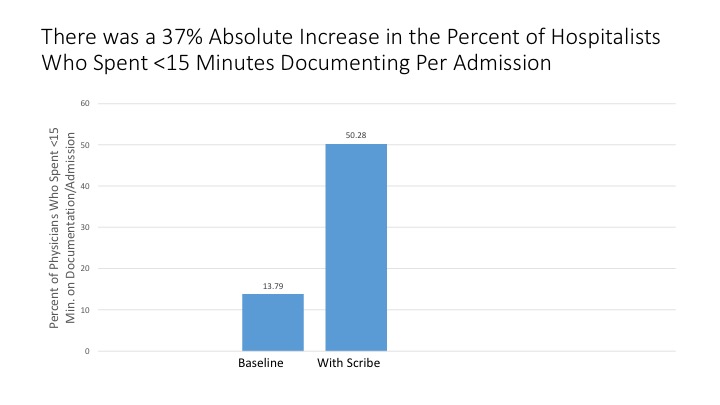 IMAGE 2: Physician Satisfaction Improved When Paired With a Scribe 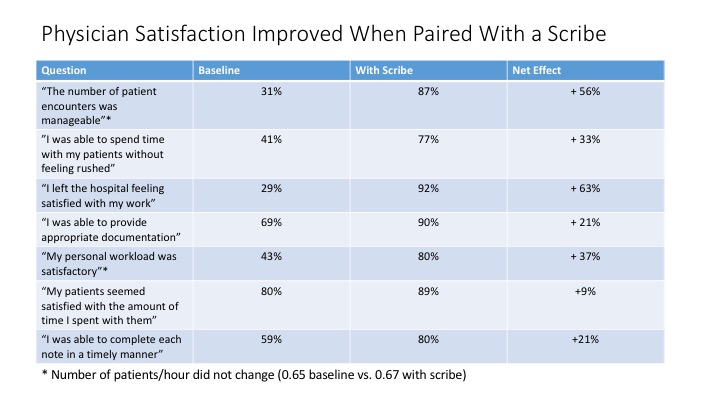 USE OF SCRIBES BY HOSPITALISTS IN THE ADMISSION PROCESS.