WHEN CPR COMES WITH A COST: A RARE CASE OF ATRIO-ESOPHAGEAL FISTULA

Case Presentation: We present a case of a 42-year-old male with a past medical history of atrial fibrilation (AF) on anti-coagulation (AC) who underwent left atrial radio-frequency ablation (RFA) and pulmonary vein isolation (PVI) and presented with confusion and bilateral upper and lower extremity weakness.The patient tolerated the procedure but complained of difficulty swallowing afterwards. Five days later, he began having malaise and GI upset which was associated with an episode of loose bright red blood bowel movement. He later became more confused, began to have weakness in all of his extremities, and was admitted to the hospital for workup. Imaging of the brain revealed multiple focal areas of subacute infarcts consistent with multiple embolic events involving the bilateral frontal lobes, left parietal and right temporal lobes. CT of the chest also revealed air next to the posterior wall of left atrium which was thought to be secondary to AEF as a complication of his RFA. His hospital course was complicated by seizure, sepsis secondary to aspiration pneumonia, and cardiac arrest requiring several rounds of chest compression. Immediately after he regained pulse, he was noted to be posturing with worse mental status, and a CT of the head showed multiple air emboli bilaterally with a higher stroke burden when compared to his initial CT scan. The patient was deemed non-operable, and was eventually discharged to long term acute care facility.

Discussion: Our patient was a young male who had an atrio-esophageal fistula (AEF) as a complication of RFA for AF. The patient’s AEF was diagnosed after he presented with an embolic stroke, and was managed conservatively. Our case is unique due to the fact that CPR caused worsening in the fistulous communication between the left atria and the esophagus leading to higher burden of embolic strokes. This case emphasizes the importance of early diagnosis and treatment of AEF as worse outcomes can be seen if recognition of this complication is late.

Conclusions: Atrioesophageal fistula (AEF) is a very rare complication of atrial fibrillation (AF) radiofrequency ablation (REA). It was described for the first time in two very experienced centers in 2004, and it is the most dreadful and lethal among all the others related to REA. Its clinical presentation is extremely variable, and data on management is conflicting and at the present, there is no consensus on the most effective treatment strategy for AEF. Although the incidence is less than 0.1%, it is usually fatal. The high case-fatality rate has traditionally been attributed to the lack of recognition and late presentation of this complication. 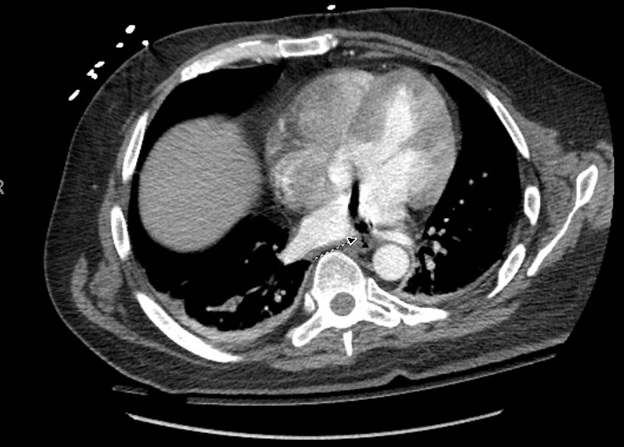 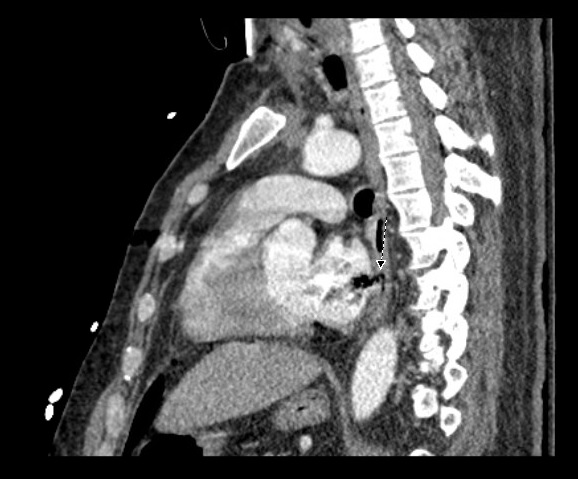 WHEN CPR COMES WITH A COST: A RARE CASE OF ATRIO-ESOPHAGEAL FISTULA.