Discussion: Adalimumab is a recombinant human monoclonal antibody against TNF-α. TNF inhibitors are used to treat a variety of autoimmune and inflammatory diseases including sarcoidosis. However, several cases of sarcoid-like granulomatosis have been reported in patients treated with etanercept, infliximab, and adalimumab. While the molecular mechanisms to explain such a paradoxical effect are not fully understood, a few hypotheses have been proposed. TNF inhibitors are associated with an increased risk of developing serious infections such as TB, histoplasmosis, listeriosis, and pneumocystis, as well as lymphoma. Infectious causes of granulomatoses, particularly TB and histoplasmosis should be ruled out before making a diagnosis of sarcoidosis.

Conclusions: Hospitalists should be aware that TNF inhibitors can rarely cause sarcoid-like granulomatosis. While most of these cases present with pulmonary sarcoidosis, neurosarcoidosis can also occur. Discontinuation of the anti-TNF agent is necessary for recovery. 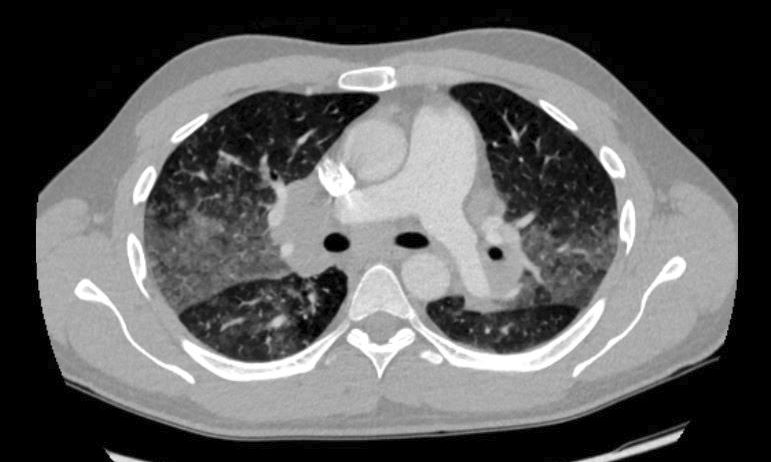