We used a semi-structured interview tool of 14 open-ended questions, validated using cognitive interviews. We then performed transcribed interviews with 17 early-career academic hospitalists to thematic saturation. Qualitative analysis focused on hospitalist perspectives about career success, using responses to the question “How would you personally define career success as an academic hospitalist at this stage in your career?”  A mixed deductive-inductive approach was used to code themes from quotes in the raw text and map back to the theoretical framework. Number of interviews referencing a theme was used to identify dominant themes of career success. This study was approved by the Colorado IRB. 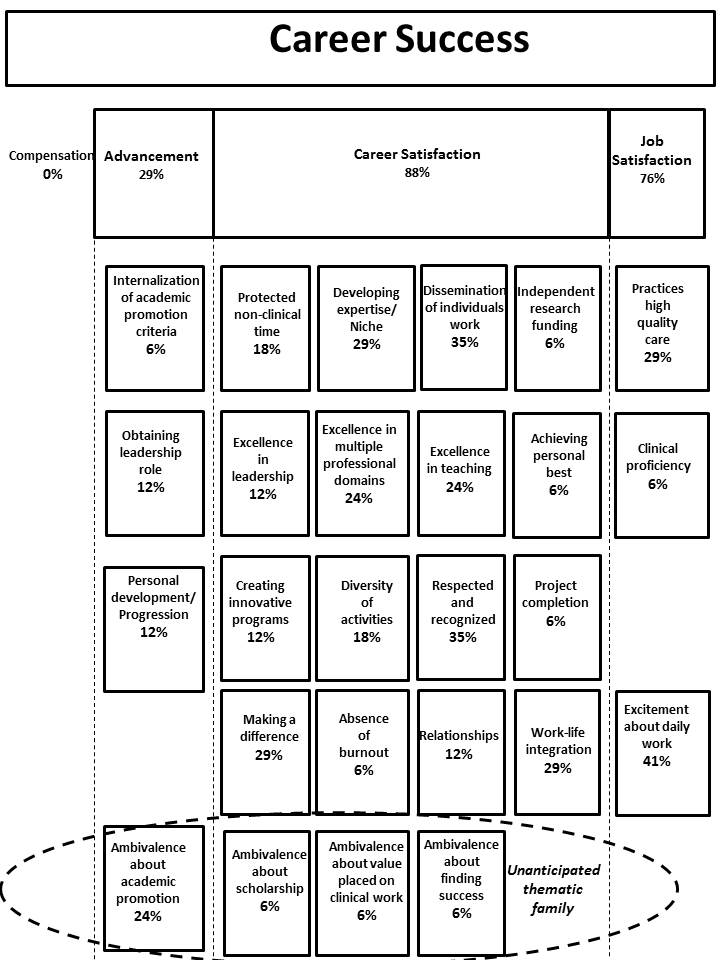