Background: Midlines are peripheral vascular devices inserted in the veins of the upper extremity with the tip located at or below the axillary vein. Greater appreciation of complications associated with peripherally inserted central catheters (PICC) and the diffusion of catheter appropriateness criteria has led to expanded use of these devices. However, single center studies comparing outcomes of PICCs vs. midlines have shown conflicting results. Therefore, using data from a multi-hospital registry, we compared the complication rates of PICCs vs. midlines placed for difficult access or antibiotic therapy for < 30 days.

Results: Data on 26,196 PICCs and 4,744 midlines was available for analysis. The average Charlson co-morbidity index (CMI) for patients with PICCs was 3.4 compared to 3.7 for patients with midlines. Single lumen devices represented 60% (15,694) of PICCs and 67% (3191) of midlines. 14% (4,457) of PICCs and 16% (775) of midlines were placed in patients with a prior history of DVT. The right arm was used for placement in 70% of PICCs and 54% of midlines, respectively. The median dwell time for PICCs was 19 days (IQR: 8-30 days) vs. 7 days (IQR: 3-14 days) for midlines. (Table 1)After adjusting for patient characteristics, lumens, CMI, and dwell time, patients with PICCs were almost twice as likely to develop a major complication compared to those with midlines when used for IV antibiotics (OR 1.77, 95% CI [1.26, 3.45]) and for difficult access (OR 1.85, 95% CI [1.41, 2.40]). Reduction in complications stemmed from lower rates of occlusion and BSI in midlines vs. PICCs. No significant difference in rates of symptomatic UE DVTs or PEs between the two devices was observed (Table 2)

Conclusions: When placing intravenous devices for difficult vascular access or 4 weeks of IV antibiotics, midlines appear to have a lower rate of major complications than PICCs. Consideration of midlines in these populations may help promote patient safety in this population. 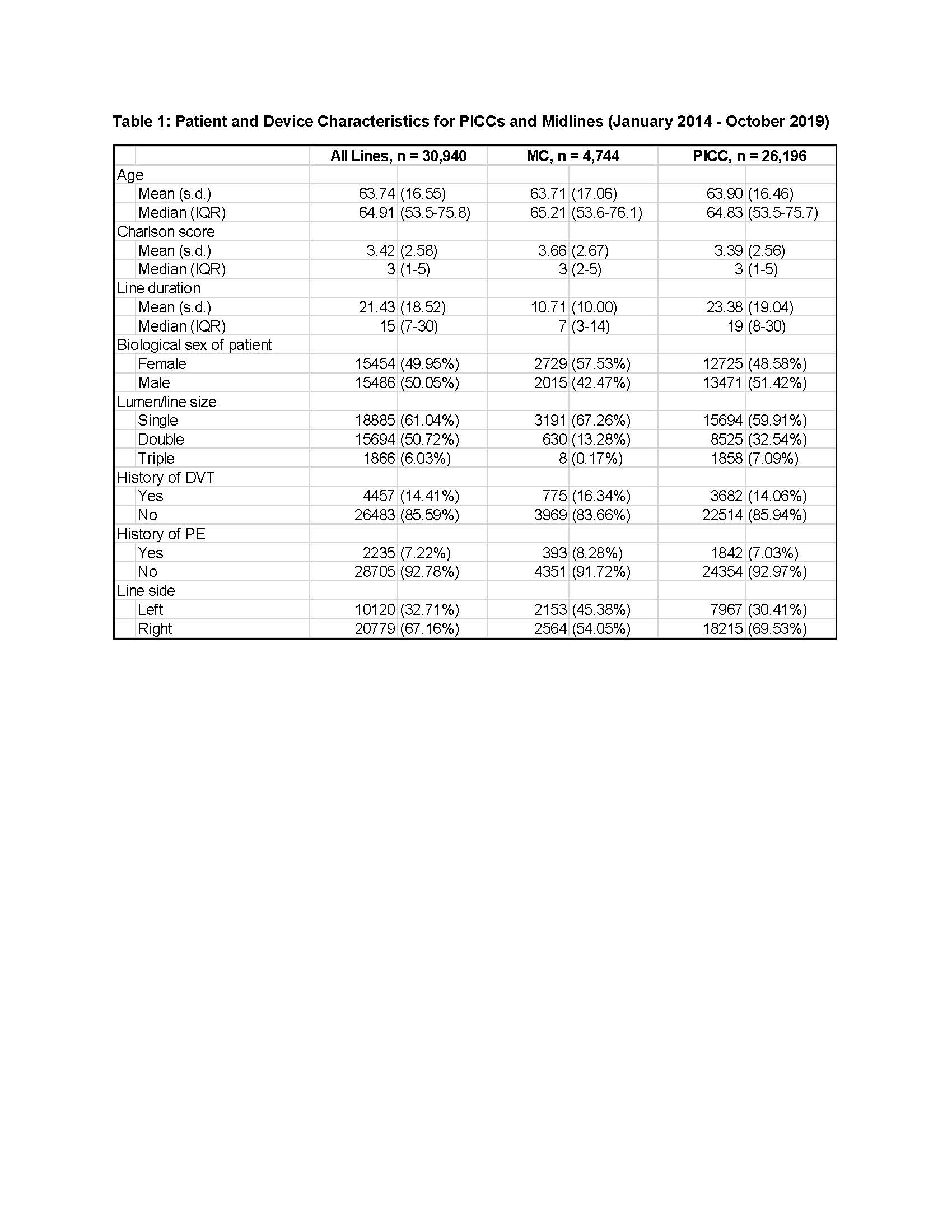 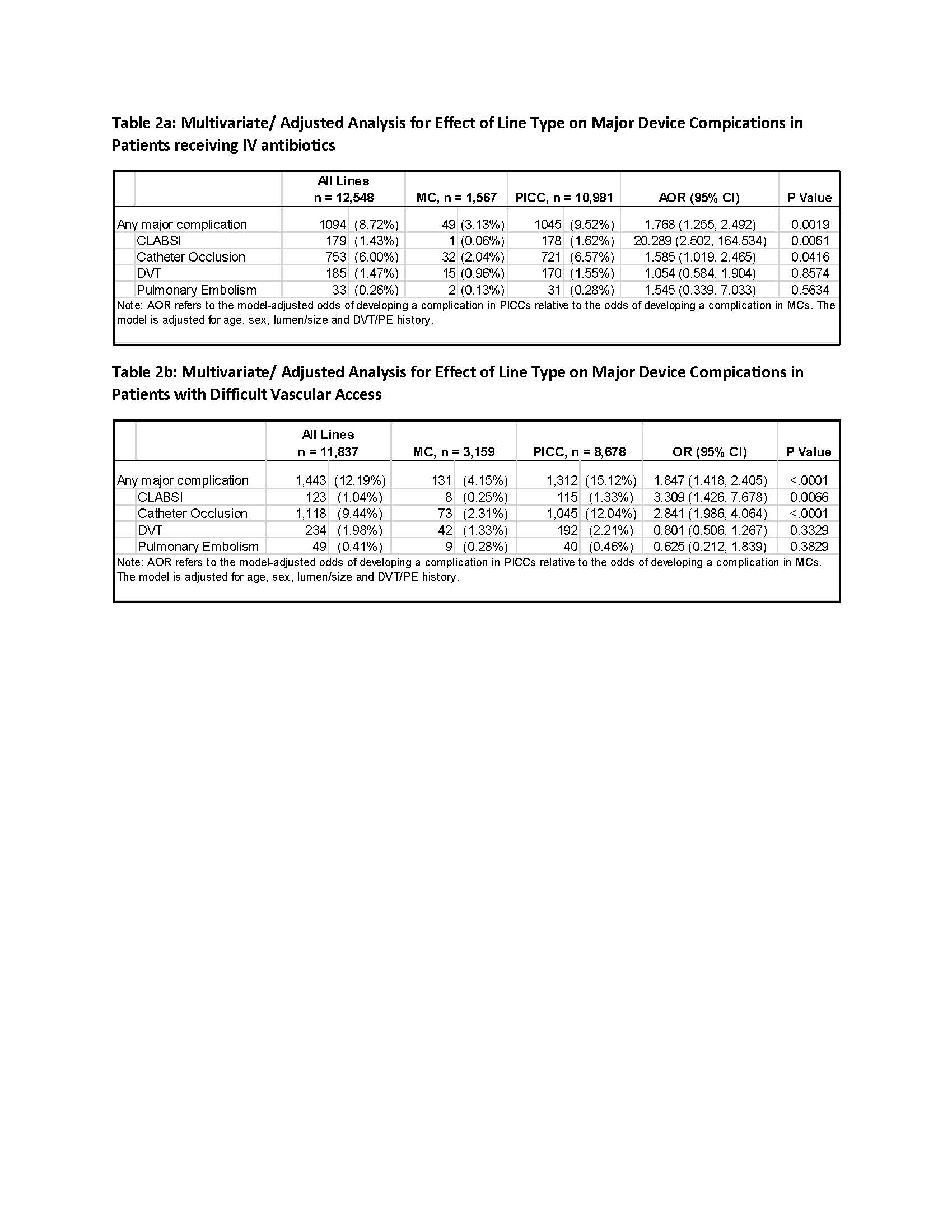