Background: The number of individuals with dementia in the U.S., currently estimated at 5.3 million, is projected to triple by 2050. For patients with cognitive impairment, the unfamiliar and stressful hospital environment often requires constant observation (CO) to ensure patient safety. The use of constant observation (CO) in the hospital setting, while originating in patients with psychiatric disorders at risk for self-harm, is increasingly being used to solve other clinical challenges. Our study aimed to assess hospital providers’ perceptions and practices with regard to the use of CO for hospitalized older adults with cognitive impairment.

Conclusions: Our study highlights the widespread use of CO for hospitalized patients with dementia who display behavioral disturbances. Given the high cost of CO as well as the lack of national guidelines, there is an urgent need to develop cost-effective, sustainable models that ensure quality care, dignity and respect for this vulnerable population and their caregivers.

IMAGE 1: Figure 1: Reported frequency of CO according to clinical indication 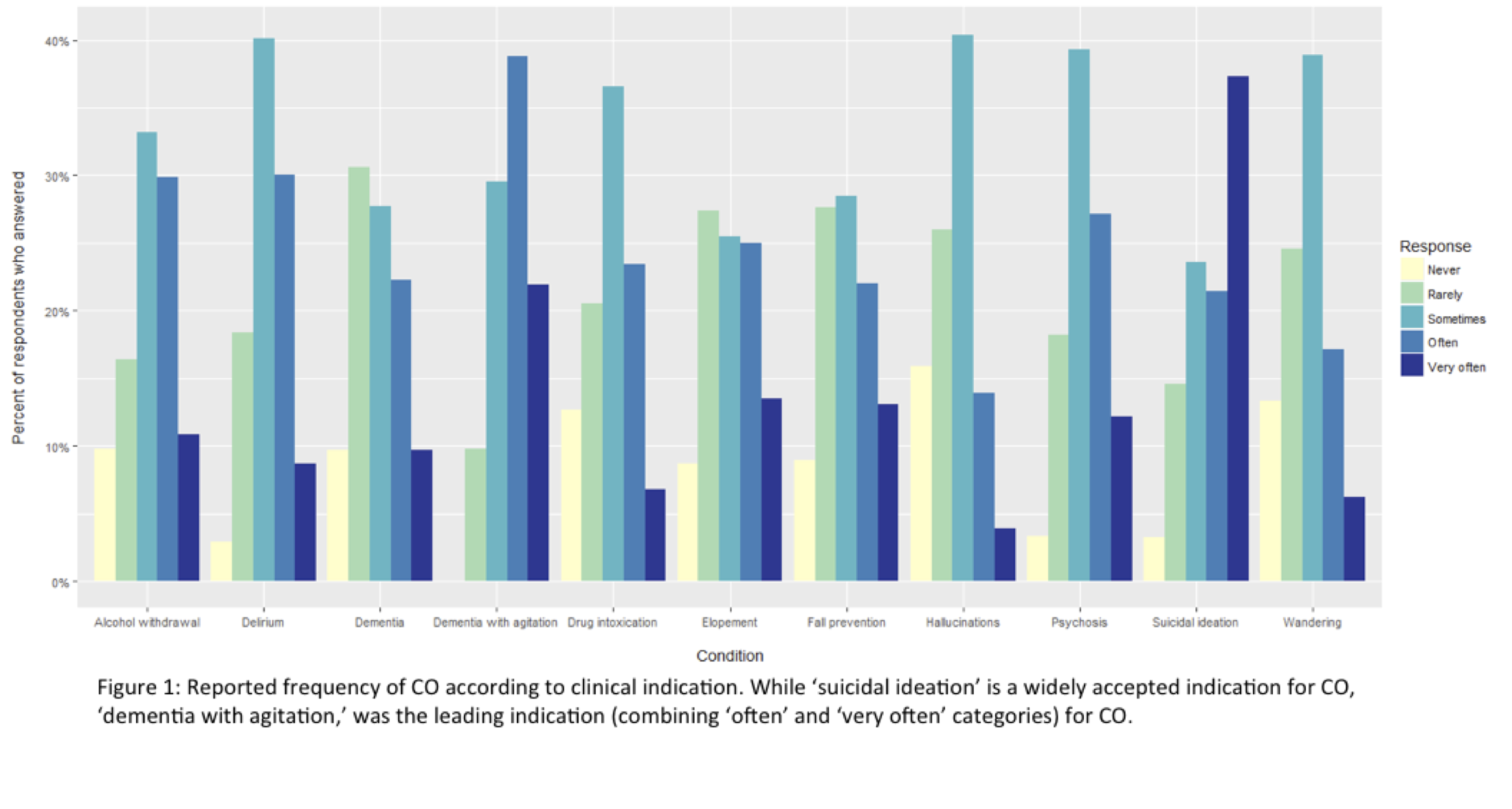