Case Presentation: A 69-year-old man presented with acute onset abdominal pain during hemodialysis. He had a history of end stage renal disease and extensive vascular disease, including coronary artery disease, peripheral arterial disease, and an abdominal aortic aneurysm. One hour into dialysis, he developed epigastric, burning, ten-out-of-ten abdominal pain that radiated to his back. He also had nausea, non-bloody vomiting, and lightheadedness (which he typically experienced with low blood pressures during dialysis). He finished dialysis early and his pain improved to four-out-of-ten without treatment during the next three hours. On exam, his heart rate and blood pressure were normal. Abdominal palpation did not worsen his pain; he had no rebound tenderness. CT of the abdomen revealed air in the gastric wall and portal and gastric veins. CT angiography of the abdomen revealed high grade focal narrowing of the celiac artery origin and severe atherosclerosis of the superior and inferior mesenteric arteries; there were no acute thromboses. Later, he developed melena. Upper endoscopy revealed edema, violaceous discoloration, and oozing of the cardia, fundus, and greater curvature of the stomach, consistent with ischemic injury.

Discussion: Hospitalists frequently care for patients with ESRD and vascular disease and thus should be aware of uncommon but serious complications in this population. Gastric ischemia is rare due to the stomach’s rich and redundant blood supply. The left gastric artery, splenic artery, and common hepatic arteries – all of which arise from the celiac trunk – provide the main perfusion. These arteries combine to form anastomoses along the lesser and greater curvatures of the stomach. Branches from the inferior pancreaticoduodenal artery and the esophageal arteries provide further collateral circulation. Cases of non-occlusive gastric ischemia typically occur in the setting of systemic hypoperfusion, such as in sepsis or cardiogenic shock. In this case, hypotension during dialysis in a patient with severe celiac artery stenosis led to gastric hypoperfusion. Gastric ischemia is usually associated with a poor prognosis so timely identification and resuscitation are crucial. To prevent future episodes, it is important to recognize and mitigate risk factors; this patient received a referral to vascular surgery and midodrine with subsequent dialysis sessions to prevent hypotensive episodes.

Conclusions: Gastric ischemia is an uncommon condition due to the robust vascularization of the stomach. Patients with vascular disease and bouts of hypotension – whether from shock or intra-dialysis hemodynamic changes – are at risk. However, they present non-specifically with acute-onset abdominal pain so it is crucial for hospitalists to be aware of this condition to avoid delayed diagnosis and treatment. 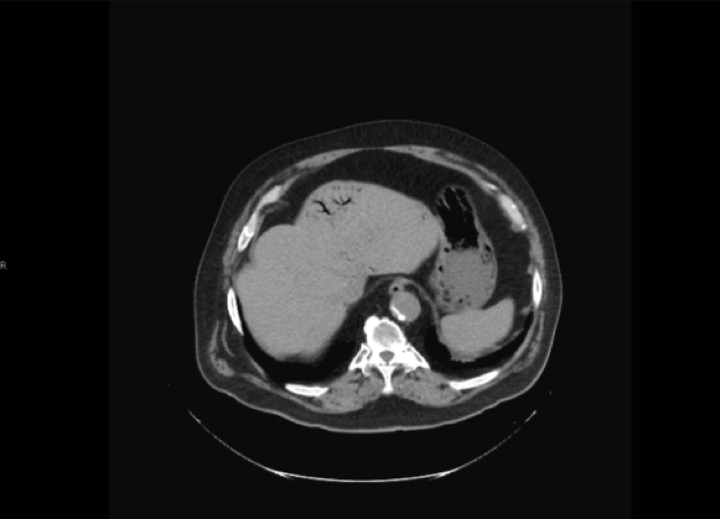 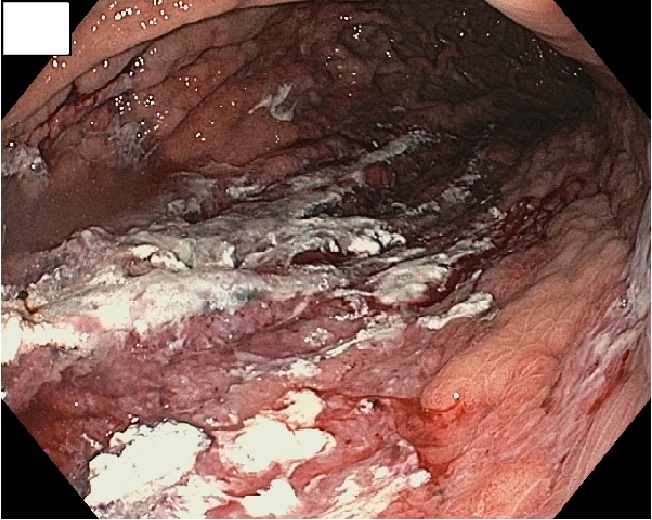 A CASE OF NON-OCCLUSIVE ACUTE GASTRIC ISCHEMIA FROM HYPOTENSION DURING DIALYSIS.