EVERY RED IS NOT CELLULITIS: DEPENDENT RUBOR RARE BUT CLASSICAL FINDING OF SEVERE ARTERIAL INSUFFICIENCY

Case Presentation: A sixty-eight-year-old man was admitted for severe depression with suicidal ideation. He had a history of insulin dependent Diabetes Mellitus, non-obstructive coronary artery disease with a ninety-pack year history of smoking. Physical examination of the right lower extremity revealed shiny skin without any wounds or purulence. Pulses were 1+ in left lower extremity and dorsalis pedis was absent in the right lower extremity. In the dependent position, the right foot was erythematous and cool to touch (figure 1 and 2). The foot tuned pale as soon as the right leg was elevated (Figure 3). Erythema recurred upon returning the leg to the dependent position. The patient was initially started on Amoxicillin and Bactrim for suspected cellulitis. Right lower extremity erythema remained unchanged. Antibiotics were stopped after five days given lack of signs of infection. Lower extremity arterial doppler revealed severe iliofemoral occlusive disease in right lower extremity with Ankle Brachial Index of 0.27 confirming the diagnosis of severe peripheral arterial disease. The patient was referred for revascularization evaluation.

Discussion: Dependent rubor or erythema is stigmata of peripheral arterial disease involving the erythematous discoloration of the limb in dependent position due to the effect of gravity.(1) It is a significant physical exam finding as dependent rubor is often misdiagnosed as cellulitis leading to inappropriate use of antibiotics. It is associated with increased risk of progression to limb-threatening state. (2) It occurs as the arterioles are maximally dilated as a compensatory response to ischemia and fail to constrict despite the hydrostatic pressure being high when the limb is in the dependent position. Buerger test, as it is known, is a simple yet rarely performed test which can help differentiate cellulitis from arterial insufficiency. (3)

IMAGE 2: Figure 2: Buerger test- Pallor of the right lower extremity seen on elevating extremity above the level of the heart 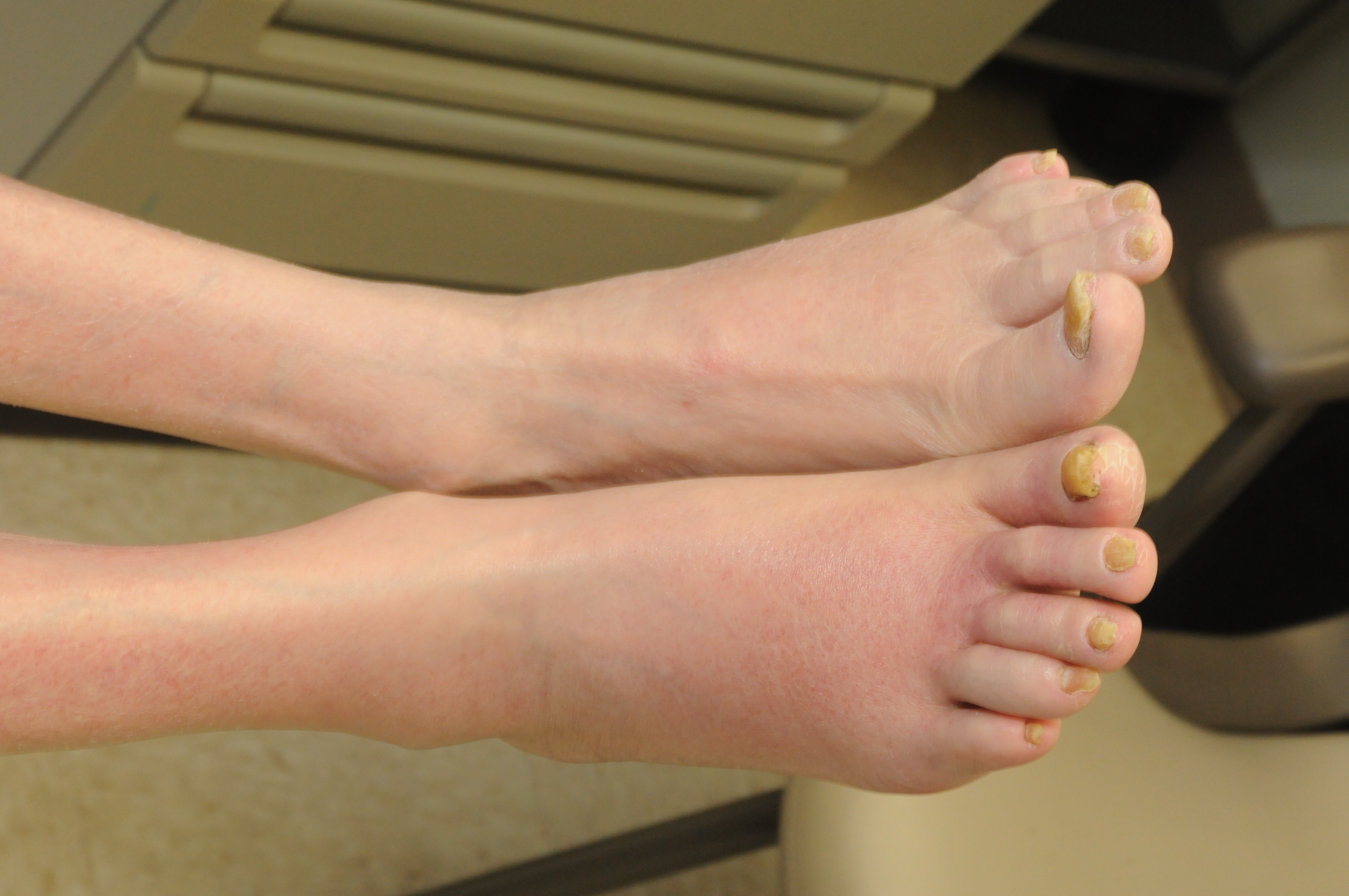 EVERY RED IS NOT CELLULITIS: DEPENDENT RUBOR RARE BUT CLASSICAL FINDING OF SEVERE ARTERIAL INSUFFICIENCY.