HEMORRHAGIC SHOCK DUE TO HEMATURIA: A CASE OF BLADDER VARICES IN A PATIENT WITH HISTORY OF CIRRHOSIS

Case Presentation: A 49 year old female with history of alcoholic cirrhosis presented to the ED after experiencing self-reported bright red blood per rectum that morning. Patient had history of numerous prior admissions for reported GI bleed with extensive endoscopic work-up; evidence of portal hypertensive gastropathy had been seen previously however no actively-bleeding lesions were ever identified. History was also notable for bladder rupture secondary to trauma with subsequent surgical repair. Digital rectal exam in the ED was negative for gross blood; a fecal occult blood test was likewise negative for blood. A pelvic exam revealed numerous blood clots in the vaginal vault. A CT scan was then obtained which showed prominent right-sided urinary bladder varices with significant bladder hemorrhage (see Figure 1); a Foley catheter was placed with bloody return and patient developed hypotension which subsequently resolved with transfusion and fluid resuscitation. Urology and Interventional Radiology were both consulted; neither felt that the patient required same-day procedural intervention. The patient was admitted to the Medical ICU for further monitoring. On arrival she was hemodynamically stable with light pink return from catheter. Overnight she developed significant hematuria leading to hemorrhagic shock requiring initiation of massive transfusion protocol and pressors as well as “Class A” transfer to the operating room. During surgery varices were noted to be adherent to both the bladder and the small bowel necessitating partial resection of both. Post-operatively the patient developed coagulopathy and significant intra-abdominal bleeding with continually uptrending pressor requirements; the decision was made to withdraw life-sustaining measures and patient passed away shortly thereafter.

Discussion: Ectopic varices are defined as varices in locations–most commonly peristomal and small bowel–outside the gastro-esophageal region. They are reported to account for up to 5% of all variceal bleeding episodes and present a clinical challenge; due to their unusual locations and rarity they can be difficult to both identify and manage, with reported mortality rates as high as 40%. There are a handful of case reports of bladder varices, including in patients with known or newly-diagnosed cirrhosis and non-cirrhotic pregnant patients. In the case of this patient her history of prior bladder rupture and surgical repair and numerous post-operative adhesions may have resulted in her uncommon anatomic pathology.

Conclusions: Ectopic varices have a significant mortality rate and clinicians should consider them in patients admitted for GI bleed with unrevealing endoscopy; literature recommends CT scan with contrast to identify these lesions. 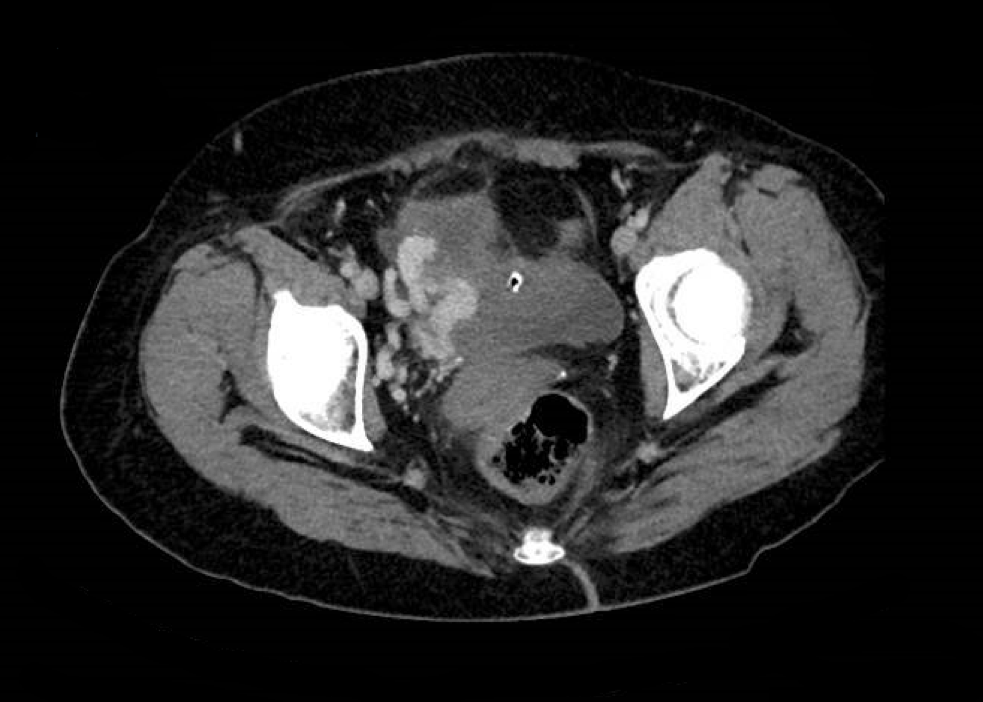 IMAGE 2: Figure 2: Bladder varices redemonstrated; as per Case Presentation varices were noted to be adherent to small bowel 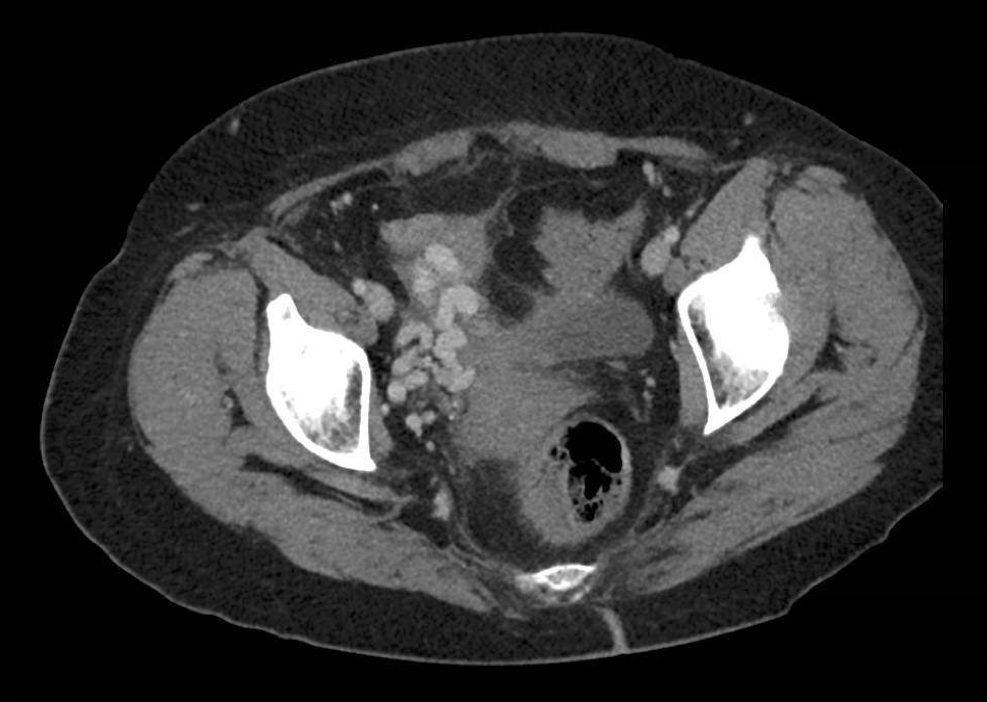 HEMORRHAGIC SHOCK DUE TO HEMATURIA: A CASE OF BLADDER VARICES IN A PATIENT WITH HISTORY OF CIRRHOSIS.