Background: Over the last few decades, roles and specialties in medicine have proliferated, complicating inpatient care. Care teams can include multiple types of clinicians, whose roles and responsibilities may be unclear. This can impact how patients understand who is in charge and various aspects of their care. We sought to examine these questions:1. How well do inpatients recognize members of their care team (e.g., main doctor and others), and have they experienced miscommunications (“mixed messages”) from among those members? 2. What patient and encounter characteristics are associated with knowledge of their main doctor and frequency of perceived mixed messages?

Methods: We designed a survey instrument in REDCap, which was refined through consulting relevant literature, multiple iterations of cognitive testing with a patient and family advisory council, and pilot testing. We administered surveys in-person or by phone to randomly selected inpatients at two urban hospitals who were admitted to general medicine services and who were on or past the third day of their hospitalization. The primary outcomes were awareness of patients’ main doctor and frequency of mixed messages. Data were analyzed descriptively and using multivariable logistic regression, with fixed effects for encounter details and patient demographics, and random effects by attending physician.

Results: A total of 167 patients (n = 96 at Site 1, n = 71 at Site 2) have completed surveys to date out of 234 approached (71% response rate). Of these, 68 (41%) stated that they were aware of who their main doctor was (Table 1). When asked who they considered members of their care team, only 9% responded with specific names, while 82% named the title or department that they belonged to. Twenty-three percent of patients responded that they received mixed messages about their care at least sometimes. The highest proportion of mixed messages (58%) was between primary care team doctors and consulting doctors, followed by mixed messages between doctors and nurses (32%). Mixed messages most often concerned medications, diagnosis, procedures, what to expect, and other treatments. Despite these findings, 86% rated their care coordination as good, very good, or excellent.In multivariable models, patients were less likely to perceive mixed messages with each additional note documented per day (adjusted odds ratio 0.44 [95% CI 0.21, 0.90], p=0.03). No other encounter or demographic factors were associated with awareness of who their main doctor was or perception of mixed messages. Of the 37 patients who said that they were aware of who their main doctor was and listed a name, only 6 (16%) were correct.

Conclusions: From our survey results, rates of lack of awareness of patients’ main doctor and perception of mixed messages (e.g., between the primary team and consultants) were both very high. We paradoxically found that number of notes written per day was associated with lower rates of mixed messages, but this may be due to confounding (e.g., sicker patients with more providers may be less aware that they are being told mixed messages). The lack of other predictors may mean that these outcomes are more dependent on individual provider behavior (although limited statistical power is also a likely reason). Future work is needed to design, implement, and evaluate interventions to improve patient awareness of their care team and to provide consistent messages during their hospitalizations. 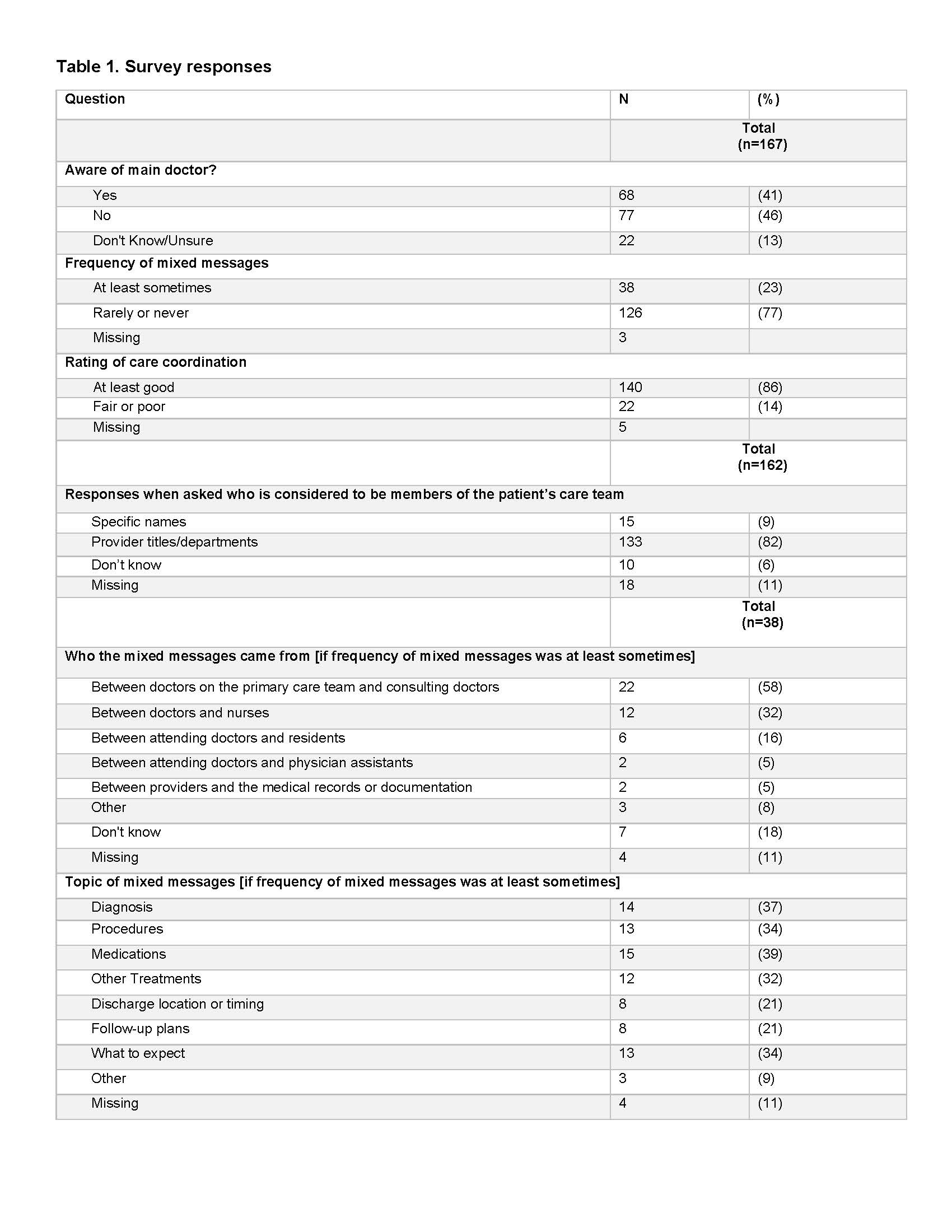 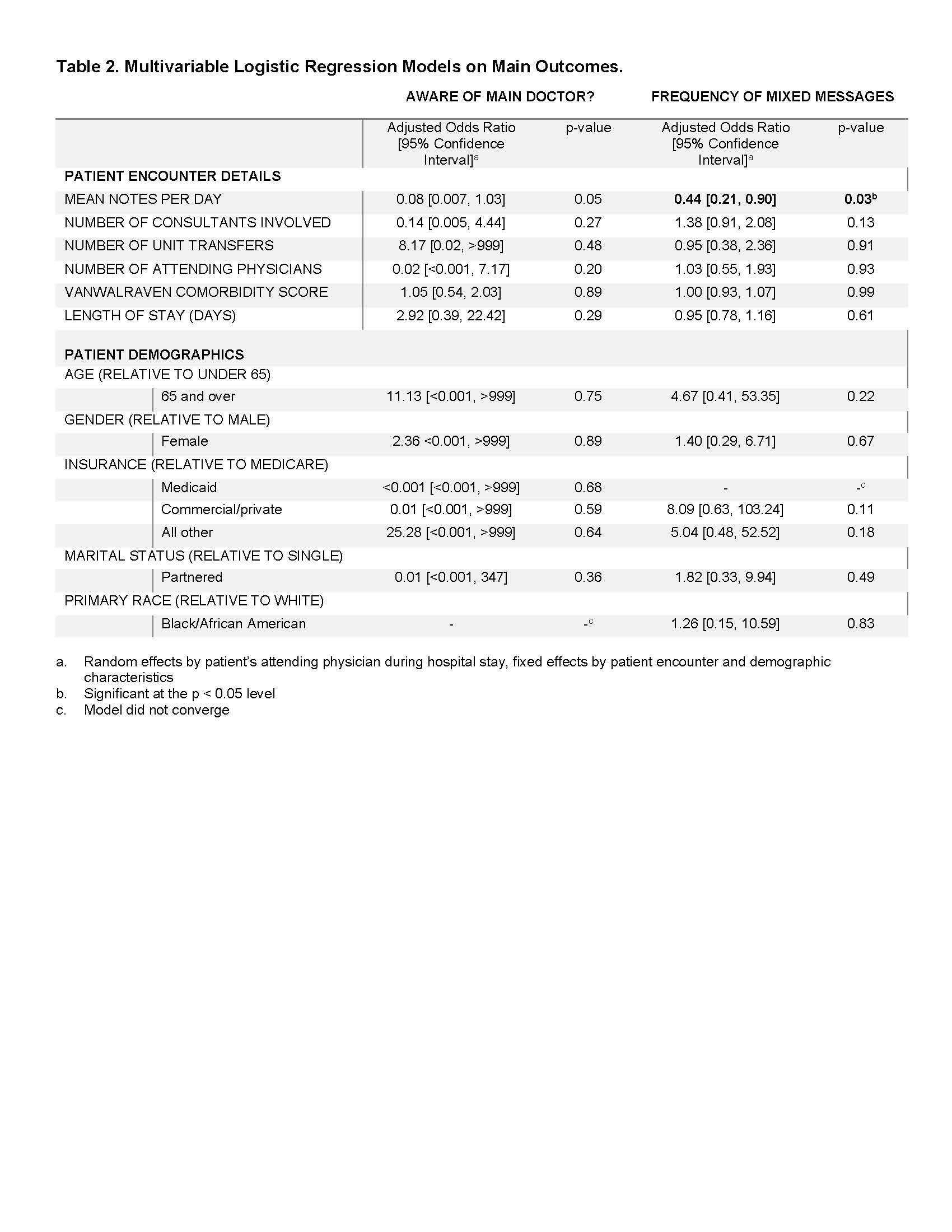